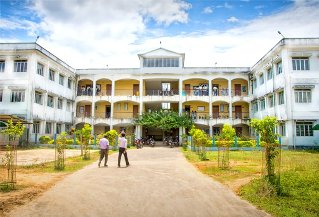 The 12th Plan proposed a comprehensive plan for the development of state higher education system for ensuring access, equity and quality. The Planning Commission recommended strategic utilization of central funds to ensure comprehensive and optimum planning at the State level. This led to the formulation of the ambitious Centrally Sponsored Scheme (CSS), namely Rashtriya Uchchatar Shiksha Abhiyan (RUSA).

The National Development Council (NDC) had approved the Scheme as part of the 12th Plan proposal for the MHRD. The Central Advisory Board on Education (CABE), the highest advisory body of the Government of India in education on policy matters, in its meeting dated 08.11.2012 gave in-principle approval to RUSA. Subsequently it was included in the list of 66 schemes approved by Cabinet on 20.06.2013, as part of the restructured CSSs for implementation in the 12th Plan. The Expenditure Finance Committee (EFC) appraised the Scheme on 11th September 2013 and recommended it for approval. Finally, with the approval of Cabinet Committee on Economic Affairs (CCEA) on 3rd October, 2013, RUSA became the final tier of the CSSs of the MHRD, which began with Sarva Shiksha Abhiyan (SSA) and graduated subsequently to Rashtriya Madhyamik ShikshaAbhiyan (RMSA).

RUSA spread over the 12th and 13th Plan period for funding the States, state universities and colleges to achieve equity, access and excellence in higher education. The allocation of funds under RUSA based on well-defined norms and parameters and linked to certain key academic, administrative and governance reforms in the in the State higher education system which currently enrolls over 96% of the students. The Scheme will be implemented through the Ministry of Human Resource Development (MHRD) with matching contributions from the State governments and Union Territories (UTs).